I've a midi keyboard that I use with Cubase and the sounds of N.I.
I'm trying to map keyboard buttons of my Akai to control various functions (play, rec, mixer knob, etc.) on cubase.
But i have the following problem: the sustain pedal, which I plugged into Footswitch 1 input, has the same midi channel as the assignable button "S1" I have on the keyboard, [midi channel 1A ctrl 64].

another solution is: don't use that button. But it seems strange to me that a pedal inserted in the Footswitch 1 input has the exact same channel as a button on the keyboard ...

The MIDI channel itself is only one part of the picture; the other part is the actual MIDI message being sent by each of the controls.

I'm not familiar with the MPK88, but its manual indicates that you can select which MIDI channels and MIDI messages are sent by which controls. There appears to be a Windows and Mac program that lets you edit and manage the presets (control setups) for the MPK88, so you might want to consider downloading that from Akai Professional's website to see if it can help you program your MPK88 more easily.
Ad 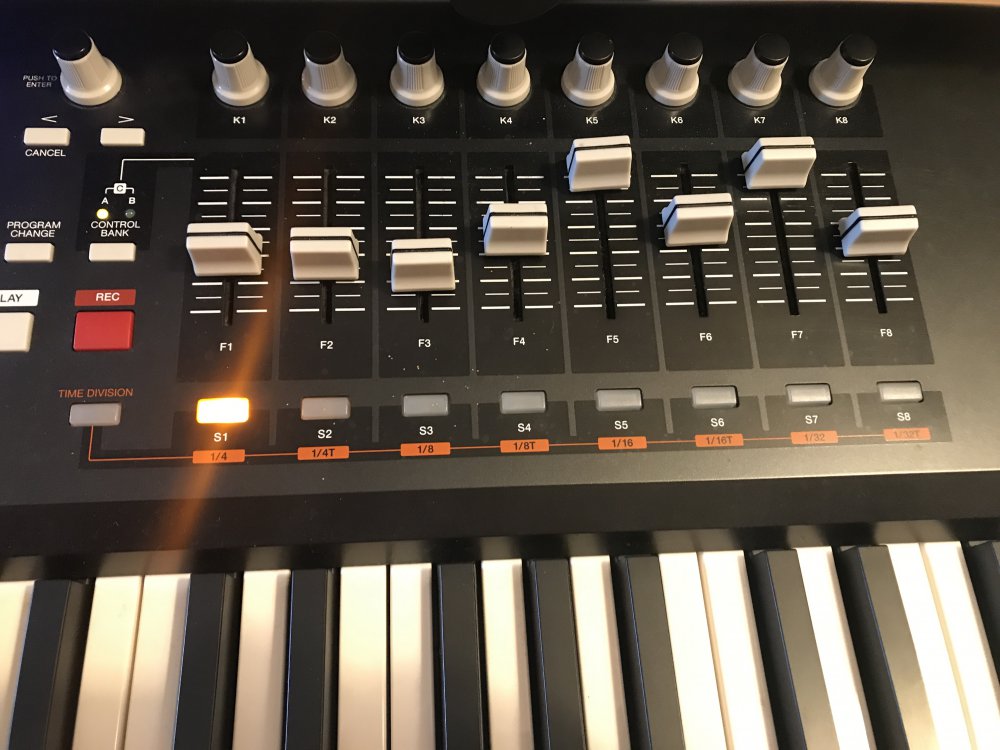 Thank you.
I tried to change the Midi Channel of the S1 button (in the photo), from 1A to 9A, but I didn't solve it. Button S1 continues to activate sustain. Instead I would like to use it as a mute key for track 1 in the Cubase mixer.
I think I'll give up and just avoid using that button.