Yes, this review may be based on use of a guitar, but this pedal has a guitar/line switch, and works fantastic for keyboards. There should be a few keyboard reviews for this pedal if you search YouTube.

Most important is the sound of any piece of music gear, and the Blackhole does not disappoint. Anyone familiar with Eventide’s reputation, but also the fact that the algorithm in this pedal is the same as in the Space pedal and the H9, will confirm that the reverb in the Blackhole not only is extensive (from a medium slap-back room to an infinite space, but incredibly clear and pristine – you can hear the detail in the reverb, as opposed to it being murky or washed out. That certainly is a plus, but the nature of the Blackhole’s reverb is extensive. You can have either a standard or reverse reverb (of different weights or ‘gravity’), mix in some or a lot of modulation, and also add delay up to 2000 ms. You can sculpt the sound of the reverb with hi and lo EQ controls, affect the resonance with the Q control, and add in feedback for short or long tails.


Overall, and for $250 USD, the Blackhole reverb pedal is worth the investment, since it is studio grade and can be implemented on vocals, guitar, and keyboards (there’s a Guitar-Line Level switch on the back). However, this pedal does have some serious contenders for about the same price among its competitors, which I have not tried in order to make a comparison. Regardless, I can compare it to the reverbs found on Fractal (Axe-Fx) units, and the Blackhole holds its own very well. It’s also ideal if you want a smaller, more compact version of the Space pedal and if you desire the Blackhole algorithm, yet with massive amount of flexibility, a Freeze function, MIDI capability (via USB), running in either mono or stereo, and you can add an expression pedal for some cool transitions. I should mention, also, that the Blackhole does come with its own adapter, but requires only standard 9VDC 200mA if choosing to use a different power supply.

For those interested, I’ll address the Blackhole’s operation, which is addressed in the video, along with its sound possibilities. The Mix affects dry versus wet, whereas Size is how big a space you want and the Gravity how pronounced the reverb’s attack (either normal or inverse decay). The Feedback affects whether the tail is nearly non-existent to a massive wave that washes over the sound. Gravity is minimal when sitting at 12-noon, whereas normal decay weight occurs with the knob turned clockwise, and inverse weight increases when turned counterclockwise. Obviously, tone of the reverb is controlled via the Hi and Lo EQ knobs, but the Q (resonance) does sculpt that tone even more (with no effect if the EQ knobs are flat, at 12-noon). You can add a sense of warmth or a big warble of gooiness with modulation, controlled via the Depth and Rate knobs, as well as adding in some reverb Delay, via its knob. Now, to keep the Blackhole pedal small, most of the knobs do have double functions. When pressing the toggle button at the top right of the pedal, the Gravity becomes Delay; Feedback becomes Q-resonance; Size becomes Depth (modulation); and Lo EQ becomes Rate (modulation). As stated, when using the software, you see all these controls simultaneously, thus making it easier for detailed editing.

The use of an expression pedal adds to the diversity of the Blackhole; any of its controls (e.g., mix, delay, EQ, etc.) can be assigned to the expression and in any amounts/within any range, so that you can alter those elements in real time. In regard to the two footswitches, the left acts as an on/off (bypass can be set to buffered, relay, DSP+FX or kill dry), but also in selecting a preset. The right footswitch enters preset mode (when held down for a few seconds), but also Freezes the reverb when clicked quickly and released. Freezing allows you to play overtop with a dry signal, although it sounds best if you have some delay in your mix to make it sound less bland. The left switch’s LED can be pressed to toggle between Latching<>Momentary; and to save a preset, press and hold the right switch’s LED. Lastly, the Blackhole can be set to include/preclude the ‘Catch Up’ function, which eliminates abrupt changes in sound when tweaking knobs beyond their saved settings (e.g., the Mix knob may be at 3-o’clock for a preset, but physically turned to 9-o’clock on the pedal).
Ad

Personally I use a couple of these.


Stereo ins and outs and built like a tank. Ideal for keyboards.

Half the price of the pedal you listed.

I haven't tried that one. I did have other reverb pedals that were decently priced, but the quality (algorithm) of the reverb was different and not as good. I would be interested in hearing the Blackhole side-by-side with something high-end (costly, lol)... something from Strymon, for example.

I sold all my pedals and Looper after I bought an all in one Boss GT100 (ex demo unit) at a Guitar Show that is usually an annual event 30 minutes from home.

No regrets selling the pedals plus I then had £700 in profit. 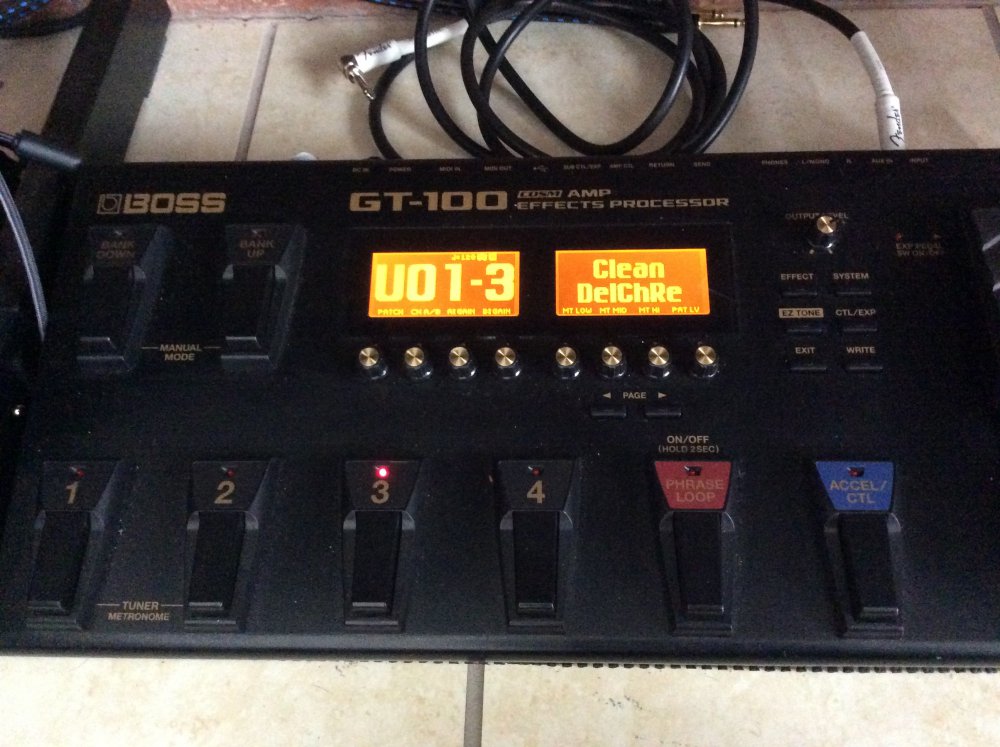 I sold all my pedals and Looper after I bought an all in one Boss GT100 (ex demo unit) at a Guitar Show that is usually an annual event 30 minutes from home.

No regrets selling the pedals plus I then had £700 in profit.

I've pretty much done the same. I do keep 'unique' pedals that I can't seem to dial into my modelers, such as the ZVEX Vibrophase, and I do like the Morley Lead Wah for intense hi-gain wah better than what is on my modelers. I have a few other examples, but you get the idea.