Good night, The keyboard Yamaha E453 help me to find the key of the singer's voice. If yes demonstrate please. Much help is needed due to the fact that i'm a beginner and i'm learning new things on my keyboard. thank you so much for your time. I would like to hear from you soon. Have a blessed night.
Ad

Welcome to the forums, Robert!

Whew, you sure picked a doozy of a question for your first post!

I'm not sure what to tell you, other than to practice listening to the pitches of the singer's voice and then trying to pick out the notes on your keyboard.

That doesn't necessarily give you the "key," such as B minor, or E flat major, or something like that, but identifying the individual notes of the melody is the first step.

If you're trying to work out a piece by ear without having the sheet music, it's a good idea to have plenty of blank music staff paper to scribble on. It's actually pretty simple to make your own using a graphics program-- or for that matter, using a text editor (hint: use the underline character to make the lines with)-- and then print out as many sheets as you need. You should also be able to find some blank pages of sheet music online to print. Of course, there are music notation programs you can use, but it's usually quicker to draw the notes on paper by hand than to do it in a program-- although the program can be a way to make a nice-looking copy once you've worked it all out by hand.

I wouldn't worry about the durations of the notes at first; just focus on identifying which notes are being sung and put a dot on the appropriate line or space to indicate each note. Also, don't worry about identifying the octave at first, since it's more important to get the note.

If you practice playing a C major scale on your keyboard and trying to learn the pitches so you can get to where you can "hear" the notes in your head, then it will be easier to identify the sung notes by ear, because eventually you'll get familiar enough with each pitch to be able to say "That sounds like an F," or "I think that was a D," and so on; then you play that note on the keyboard to see if you were right, and adjust it as necessary. If you focus on learning the natural notes first, then you should be able to figure out the sharp or flat notes because they'll be in between two of the naturals.

There's a lot of music theory that can help, such as different types of chords and what the most commonly-used chord progressions are. But don't let that daunt you; just practice picking out the melody by ear, because that's the first and most important step.

Excellent advice from Michael and to help you train yourself further then can I suggest that you buy an ear training App for your mobile or tablet.

Ear Trainer is one but there is a guy who is the best guitar teacher online, he is called Justin Sandercoe and he has many different apps available with Note Trainer and Ear Trainer being two of them, type justinguitar with no space into your app store search box.

Beauty of using an App is that you can get in some practice anywhere when it is convenient.

Welcome to the forums. As you noted that you are a beginner, I would say that you will have to be patient and develop the tonal skill. Even then, it comes down to the specific song and the range of that singer. Patience is important.

I am no expert but it makes no sense to me if a singer can only sing in one key. That would be boring.

I am no expert but it makes no sense to me if a singer can only sing in one key. That would be boring.

Ray, every singer has a natural range for their particular voice. Generally experienced singers have learned which keys work the best for them, and they will favor those particular keys. The keyboard player is there to accompany the singer, so generally most keyboard players will try to play the best key for the singer. My current female vocalist is usually most comfortable a few 1/2 steps up or down from D or Eb. It depends on the song. I came along in the day of keyboards which did not have a "transpose" button, so I have never used them. That keeps me on my toes.lol
Ad

If the original question is just about figuring out which key to transpose the keyboard to so you can play a sheet of music as written but be in tune with the singer, then I would recommend playing just the melodic part that's being sung using whatever key the sheet music is in, then use the transpose function to raise or lower the pitch of the melody until it matches what the singer is singing.
Ad

Are there songs that you would love to sing, but they're in the wrong key for your voice (too high or too low)? This happens to all singers. Maybe the 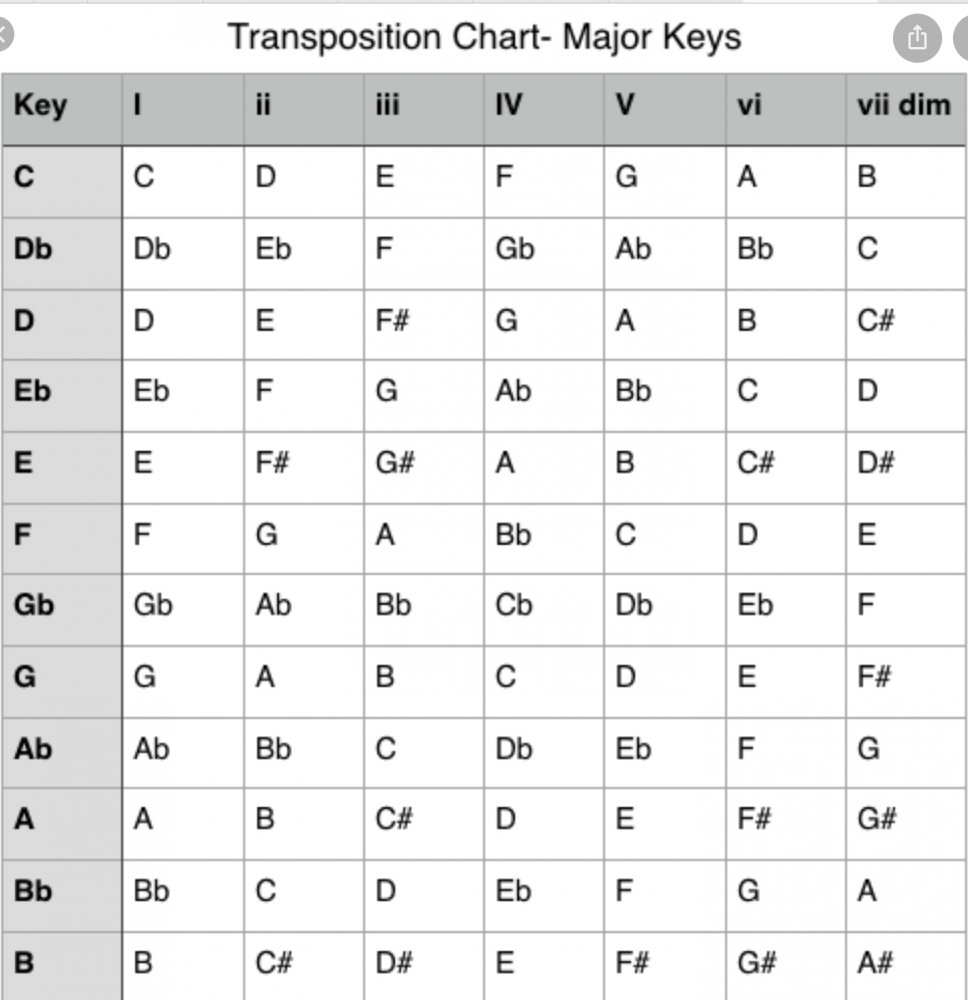