Help with replicating this E.Piano sound on Kronos?

I'm new here, and am also new to sound programming. I don't really have much experience or knowledge about it, apart from playing around and tweaking some basic effects. I play by ear, self taught and cannot read music either.

Being the Celine fan that I am, and also growing up listening to her Live concert arrangements rather than the Studio versions, I have been wanting for years to recreate some of the Piano and Electric Piano sounds that are played in select few of her songs by her Previous musical conductor/Pianist.
I recently have come to own a Korg Kronos which is a very steep learning curve, but has wonderful capability and versatility with sound replication in the right hands.

I'm wanting to replicate this particular E Piano patch I am told that it was programmed on an Oasys, however in the 2003-2007 Concerts from this image, it appears to be played on some sort of Clavinova (I'm guessing a Yamaha used as MIDI and the Korg Triton seen above is triggering those sounds, meaning they were programmed on that - I could be wrong though) Both 2 Keyboards have been placed inside a Grand Piano casing.

1. Can anyone Identify the Keyboard below the TRITON - presuming it is a Yamaha model (I know.. there could be endless possibilities) It would either be Yamaha or Korg branding as the musician was sponsored and had a long working relationship with these two brands. 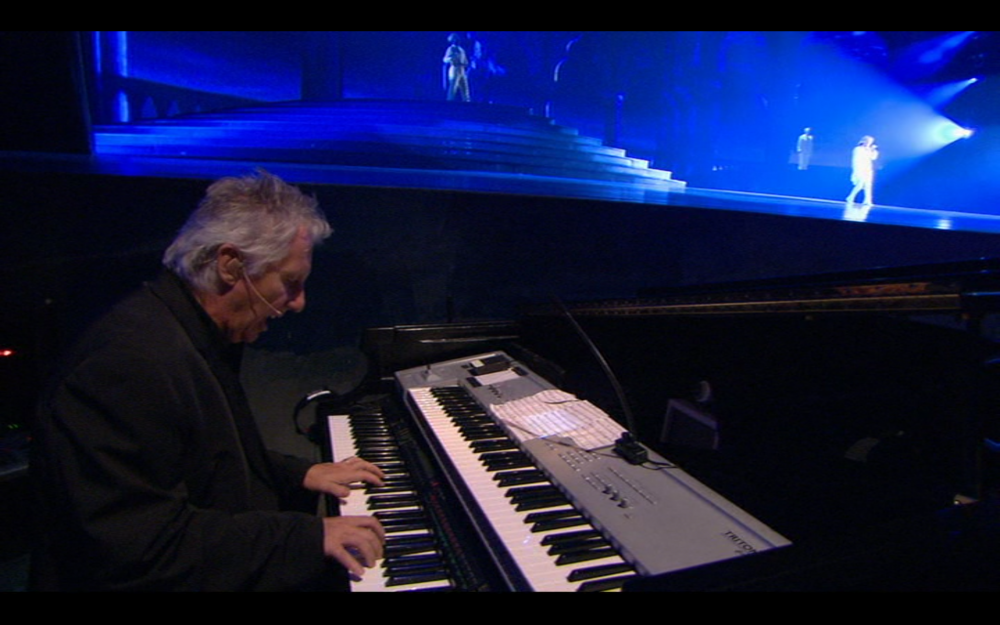 2. With the Electric piano sound, I'm wanting to know if anyone has any idea what Korg programs were used to create this ?
Would anyone who owns a Kronos keyboard be willing to have an attempt at programming a close reproduction of this sound ? My budget is a student budget (so cannot spend hundreds of AUSTRLN$) but might be able to pay for someone to program it.

I have also asked around on the Korg forums, but not had the best response.

Hoping someone would be willing to help as I am really eager to mimic the original programmed sound as close as possible used in those Live concerts.
Last edited: Apr 28, 2019
Ad

That just sounds like a standard FM digital piano patch with a chorus effect to me. From 3:14 to 3:54 the patch appears to be layered over an acoustic piano patch.

If your Kronos doesn't have a patch that sounds 95% like that pre-programmed in it somewhere I'd be shocked. From there it'd simply be a case of fiddling at the margins to get it a bit closer to your example.

It's a DX7. The Kronos should have one.

Since DX = FM = Frequency Modulation-- DX being a Yamaha synth line and FM synthesis being licensed to Yamaha-- and since keyboard and synth manufacturers like to give some sort of generic description in patch names rather than referencing model names which are trademarked by other companies (such as "suitcase EP" for a Fender-Rhodes EP sound, or "drawbar organ" for a Hammond organ sound), I'm guessing that Korg probably does that sort of thing when naming their DX or FM EP patches.

Looking in the Korg KRONOS Voice Name List document, I see a Preload Set List patch with the name "MOD-7 E.Piano Pad SW1." So I'm wondering if "MOD-7" is Korg's "non-trademark-infringing generic descriptive codename" for "DX7"? I'd try that Preload Set List patch and see how it sounds, then tweak it as desired.
Ad

If it's one of the stock DX7 patches, those can be found online and loaded into the Kronos MOD7 engine.
You must log in or register to reply here.