If you were thinking about buying one here's a detailed review and overview of the synth's capabilities.

Ashun Sound Machines have developed a synthesizer that gives you incredible flexiblity and customisation options of your sound.

A smooth workflow combines with an advanced wavetable synthesis engine along with a new keyboard featuring ASM's proprietary Polytouch keybed and much more.

That's a paid review and a quote from a brochure.

The video I posted was a third party review well after the units began to ship.

I mean I know this forum gets a lot of people wanting the latest and greatest...

But some synths deserve a permanent home in anyone's studio and this synth is a sound designer's dream come true.

I've had mine almost a year now and I believe it's an instant classic.

And that's my own unbiased review after spending some time with it.

It deserves to stay in the limelight long after Korg and Roland have released and obsoleted a half dozen synths every year.

These guys and Behringer are the new kings of Analog and VA synths,

If I have to add anything negative to my review, it's that the Hydra is so much fun to program you end up never getting any work done. You can lose yourself for weeks in the permutations of waveforms and timbre. My only other complaint is that it's mono-timbral.

My main interest is industrial and alternative along the lines of NiN, Skinny Puppy, Front 242, etc... And this synth was summoned from the space lords in answer to my prayers... 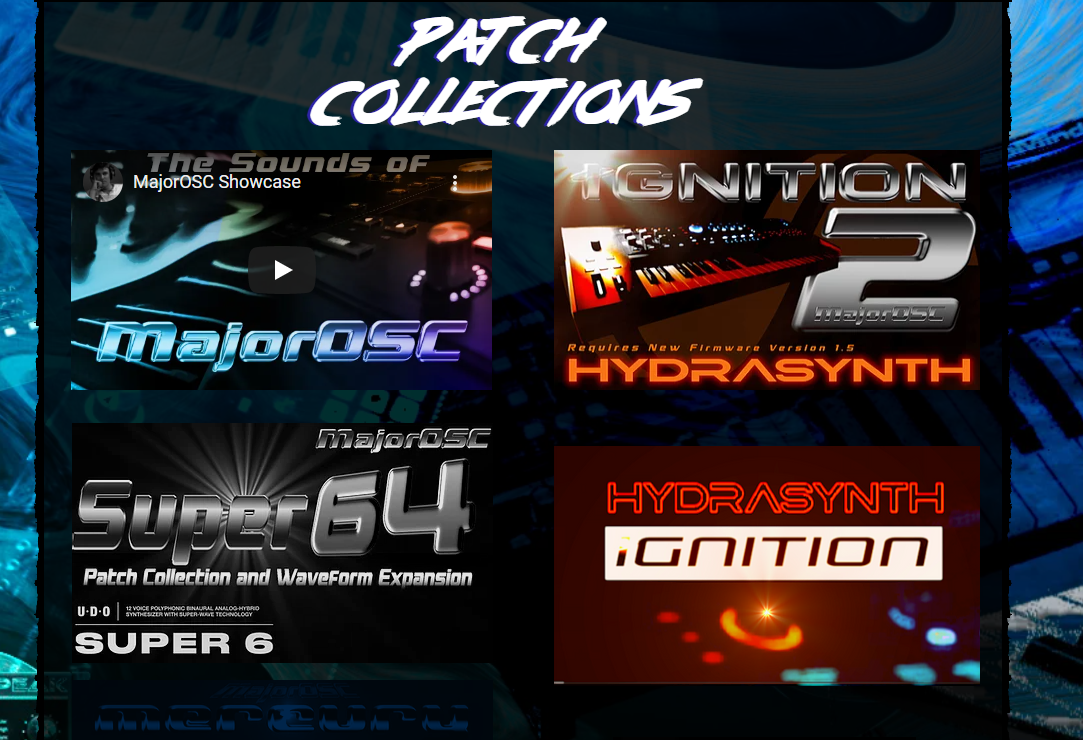 MajorOSC Patch Banks are simply a cut above the rest; Deep, satisfying, instantly useable, gorgeous to hear, a joy to play, and addictive as hell. MajorOSC.com is fast becoming a go-to resource for top-level industry recording artists and composers from around the world.

PMT are a huge chain of retail Music Stores here in the UK, the video and text is from their website but again their video will not be indeendent as PMT are in the business of selling kit.