Microphone mounting hardware to go over a keyboard; boom counterweight, cantilever or other means?

Nate, bass and keys for The Feds Band

I play bass guitar and keyboard (w/ key bass) (Juno DS61) and sing in a 3-piece cover band. For both instruments, sometimes I sit, and sometimes I stand, depending on the song. I'm finding that I need my mic in basically one of two positions, lower and higher. It's a pretty far reach from the mic stand pivot to where I need it, and I have a flex extension on the boom. I'm using a Senheiser E935, which weighs about as much as an SM58, fairly heavy.

What do folks use to get their mic over the keyboard far enough to not have to get uncomfortable to reach it? I was thinking a counterweight on the other end of the boom, so I can leave the pivot fairly loose, and just reach out an move it up and down. They make weights for that at 3 and 6 pounds.
A hook on the end of the boom with a bungee cord down to a hook on the cross-arms might also work, not much extra weight to haul around.

Other options appear to be a very long flexible spiral tubing arm, or one of those sets of articulated arms with springs and pivots, like a desk work lamp that clamps on the side of a table top. I could modify the mount to work with mic stand hardwate threads. They make ones specifically for mics, but they all have clamp-on bases.

Rather than a mic stand, now I'm using a mount that goes inside the back of one of the top tubes of the Z stand, with the boom pivot on a quick-connect on top of that. Seems to work pretty good.

Thoughts? What do you other folks do? Just tighten the snot out of the pivot handle? Thanks!
Ad 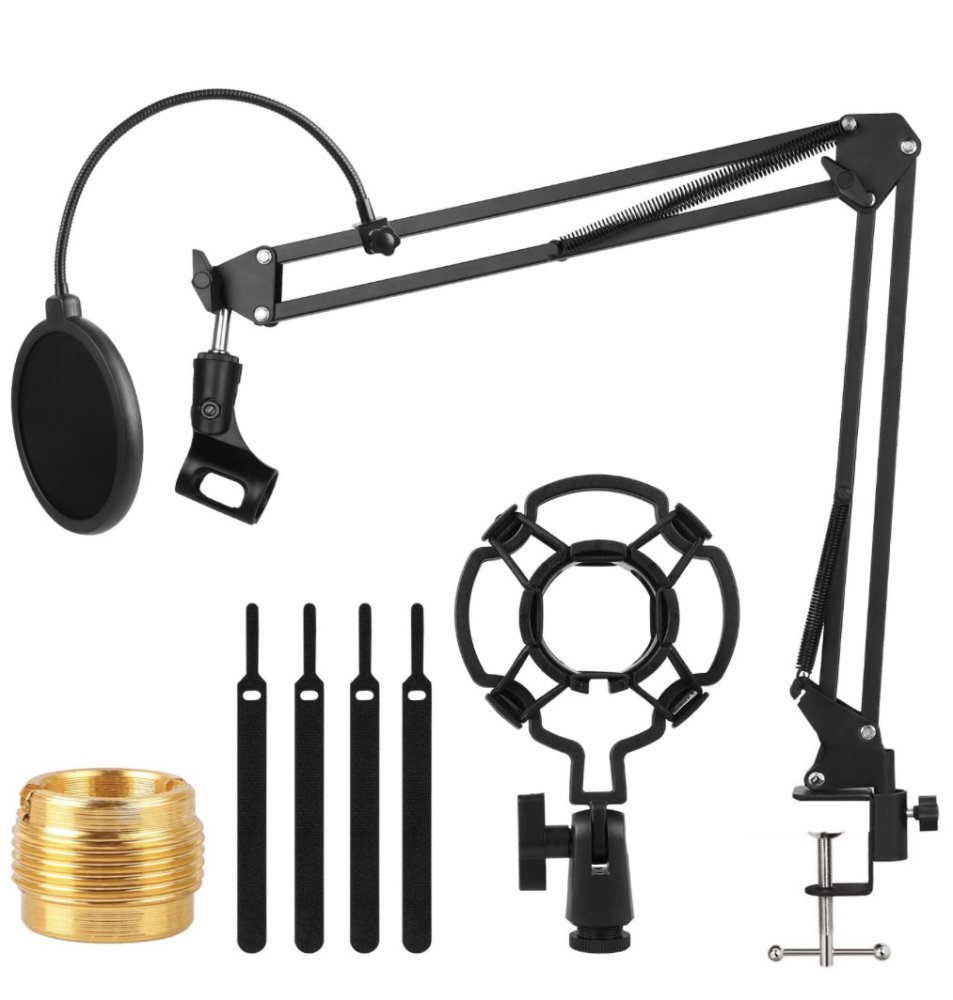 Found this kit on Amazon
Ad

Nate, bass and keys for The Feds Band

Thanks! I'd mentioned those, just not sure about it extending well over two feet, as viewed from above, with that much weight on it. And again I'd have to fab a mount for it; maybe solder the 5/8-3/8 adapter piece inside a piece of copper tubing for the pin on the base to sit in, reinforce it with some JB Weld.