I recently purchased a Novation SL MkIII keyboard. I would like to use Arturia V-Collection, and map several of its virtual synth controls to my keyboard. I found the tables with CC info (https://www.fransabsil.nl/htm/midi_arturia_v_collection_default_configuration.htm), and I have the Novation software to do the mapping. However, on that same website is written:

"All (Arturia V) instruments have Midi controller assignment for Channel 1 only".

I was wondering about the practical implications of that remark, since I am too much of a newbie to fully understand what that means. Does it imply I cannot use (or control) any of the Arturia virtual instruments simultaneously?

Welcome to the forums. Here is a link to a web site all about MIDI that you may find useful reading. Don Aka B3maniac 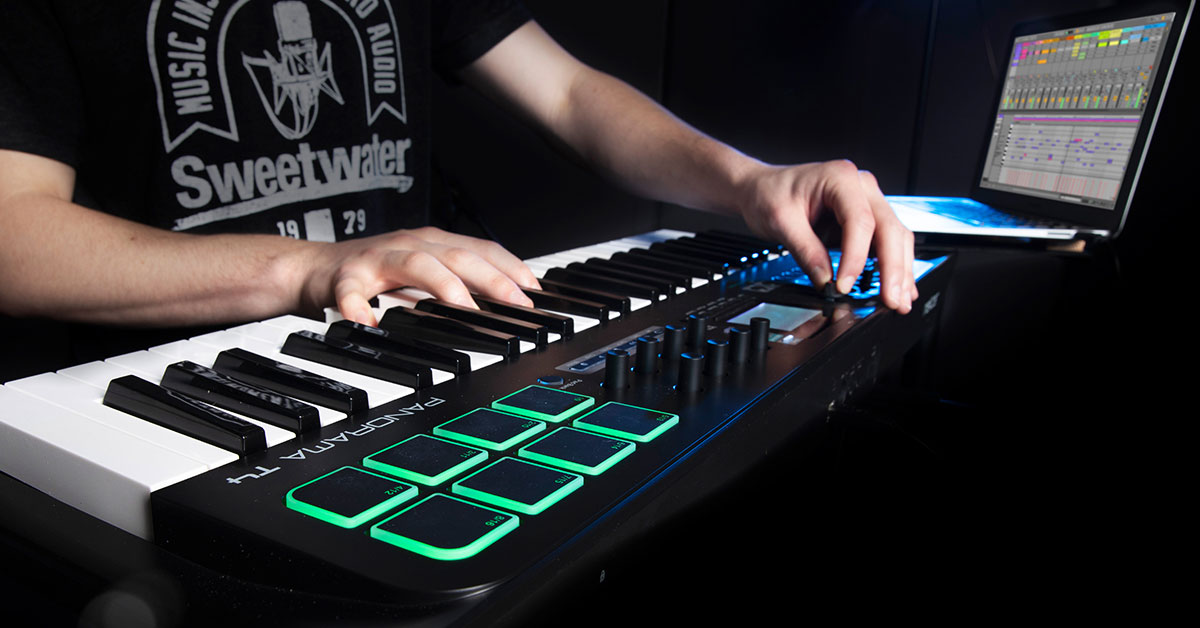 What is MIDI? The Essential Guide | Sweetwater

More than ever, MIDI is an essential, vital part of making music. Find out the basics of how MIDI works, why it’s awesome, and how it can help you make music.

You should still be able to control multiple virtual instruments and patches at the same time, but you might need to do some channel manipulation via hardware or software.
Ad

Hammond also does this. I had an XM2 organ module; the organ responds to three midi channels; the upper manual responds to the first channel, the lower manual to channel N+1 and the pedals to N+2. I had set the XM2 to channel 3, meaning the upper manual responded to midi channel 3, the lower keyboard to midi channel 4 and the midi pedals to midi channel 5. HOWEVER, the drawbars for those upper, lower keyboards and the midi pedals, the V/C control and the percussion controls all reside on MIDI channel 1, regardless of what I set the XM2 to receive on. In order for my keyboard to control the lower drawbars through midi (via the 9 on-board sliders of the keyboard) I had to have the CC's for lower manual sent on channel 1 but the keybed had to send key information for the lower keybed on channel 4. So for the keyboard that was acting as the lower manual for the organ I created a 2-part setup (preset, performance, multi equivalent). Part 1 of the setup sent actual keybed information (the notes I was playing) on channel 4, Part 2 of the same preset sent drawbar information and lower Chorus/Vibrato on/off control on channel 1. The manual was not clear about this at all. I actually had to speak to a tech at hammond because the manual said all controls (upper, lower and pedal, other than the keybed information) had to be sent to the upper channel, so since I had my upper channel set to channel 3 I assumed sending all controller information on channel 3 would work. Turns out this was not true, it is always channel 1 for controller information (other than the keybed itself) for that module. It is odd and typically not the norm; GSI does something similar in that all controller information (other than the actual notes being sent) are sent to the upper channel; but if you change the upper channel to channel 8 then all controller information would have to be sent on channel 8. My Voce unit makes the most sense. Everything that is upper related (keybed, controllers, etc.) are sent to the same related midi channel. All Upper-related controls are sent to the upper channel; all lower-related controls are sent to the lower channel; makes more sense to me to do it this way.
Last edited: Mar 5, 2021