·
Every now and then bat’s in my belfry run amok. In such instances I sit down and wait for the chaos to subside prior to resuming my daily routines, routines which amongst other strange behaviours involves making sense out of 61 black and white keys which seem to have the habit of switching location/position randomly. In some cases this sit down bit is futile and no matter how hard I try order can’t be restored.

Alas the reason for my current excitement and youthful exuberance is the strong possibility of having discovered a new species of rat. To date out of 8.6 million species worldwide only 1.2 million have been named and roughly 51 species of Rattus have been classified. Hence with such a large number of species remaining to be discovered, chances of hitting the jack pot and discover something new appears to be fair to middle.

Very little behavioural information is available in regards to this potentially new discovery; however it is rumoured that this particular species is very musical, highly skilled in using a variety of “gadgets” and not unlike a male Bower bird collects all kinds of shiny musical instruments.

There is some anecdotal evidence suggesting the species may be half man half beast. Evidence collected thus far discards the notion of a symbiotic relationship between man and beast. In order to make sense of this, I referenced the writing of the Ancient Greeks in particular references to man/beast such as the Centaur or Minotaur.

Concluding, not only can I see the potential of discovering a new species but more excitedly taking the Mythology out of the Ancient Greek Mythology writings and presenting these recordings as true and accurate.

If you have the good fortune to run into this creature please approach with due care and take as many picture as you can and carefully record its behaviour. Any additional information would be appreciated.

· In regards to species nomenclature, the following naming has been proposed:

Have a great weekend
Ad

On behalf of my Rat brothers everywhere I can only issue the standard press release in response to this amazing discovery... 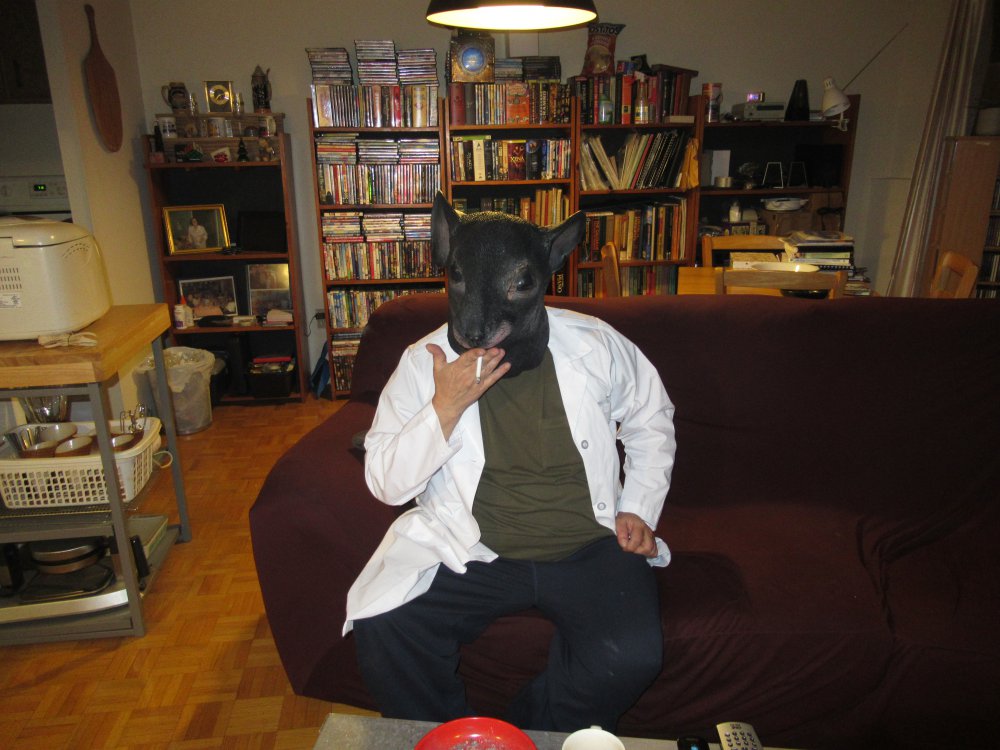 If you need me I'll be in my trailer torturing a block of gouda...

happyrat1 said:
On behalf of my Rat brothers everywhere I can only issue the standard press release in response to this amazing discovery...

If you need me I'll be in my trailer torturing a block of gouda...

Hi Gary, thank you for your contribution to science and discovery. The attached picture is very clear and provides some insight into the species behaviour. In addition to the traits described earlier we can add:

· The species is well read;

· Makes his own bread;

· Chews frequently on a white stick;****

· Has a fondness for Gouda cheese.

****This is an interesting adaptation and could be species specific, at this stage it is hard to tell if it is a genetic adaptation or acquired trait. My take is as follows; the white stick is some kind of a Titanium/Diamond amalgam and is used by the species to grind down the front teeth. I come to this conclusion due to the fact that the main diet of the species seems to be Gouda cheese and having 4 open rooted front teeth (constantly growing), cheese may not provide sufficient abrasive properties to keep the growth in check.

I would humbly like to thank the academy for this honor and state categorically that I owe everything that I've accomplished to date to Jebus and Contraband Pharmaceuticals!!!!

Never tick off an angry rat!!!

My apologies if my post appeared offensive to you, no malice was intended on the contrary it was simply a light hearted banter aimed at a respected forum member. In future I will moderate or refrain from posting such comments.

Either that or else he's just jealous.

Hey Raferty . I was joking man!
Your banter was indeed humorous!
I laughed all the way.
I said "you're an idiot" with tongue in cheek.
Please do not take offence.
I have posted many a crazy story here myself.
I am probably the idiot.

Rafferty said:
In future I will moderate or refrain from posting such comments.
Click to expand...

Do not change man.
Your posts are refreshing and I enjoy the way in which you write. In fact you're writing method does inspire me. Your wit and humour is classy and pleasing.
Take it easy man.
Cheers ray

happyrat1 said:
I think in Ray's glacial thought processes he was joining in the joke
Click to expand...

That's it!
Thanks rat!

And my humor is base and crude and fit only to be heard by longshoremen and strumpets.

Together we all complement each other perfectly 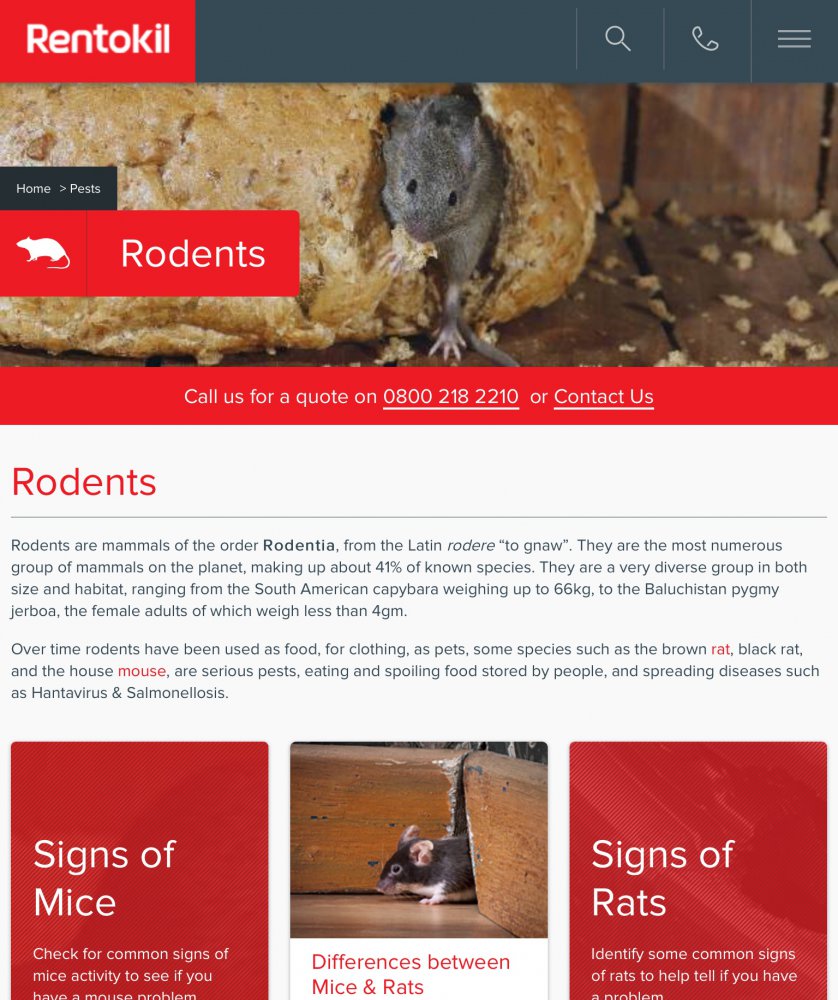 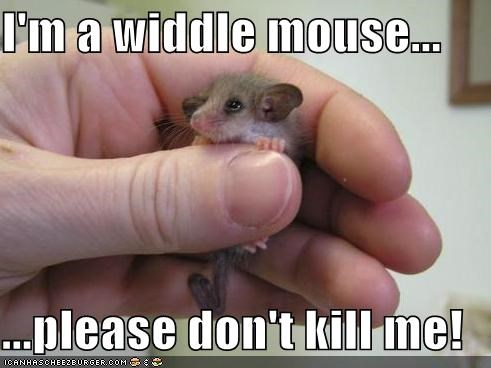 Do not be fooled by his relaxed, carefree manner.

If a Mouse or other Rodent steps on a fallen leaf in our garden he is out there faster than Capn Kirk can say beam me up Scottie. 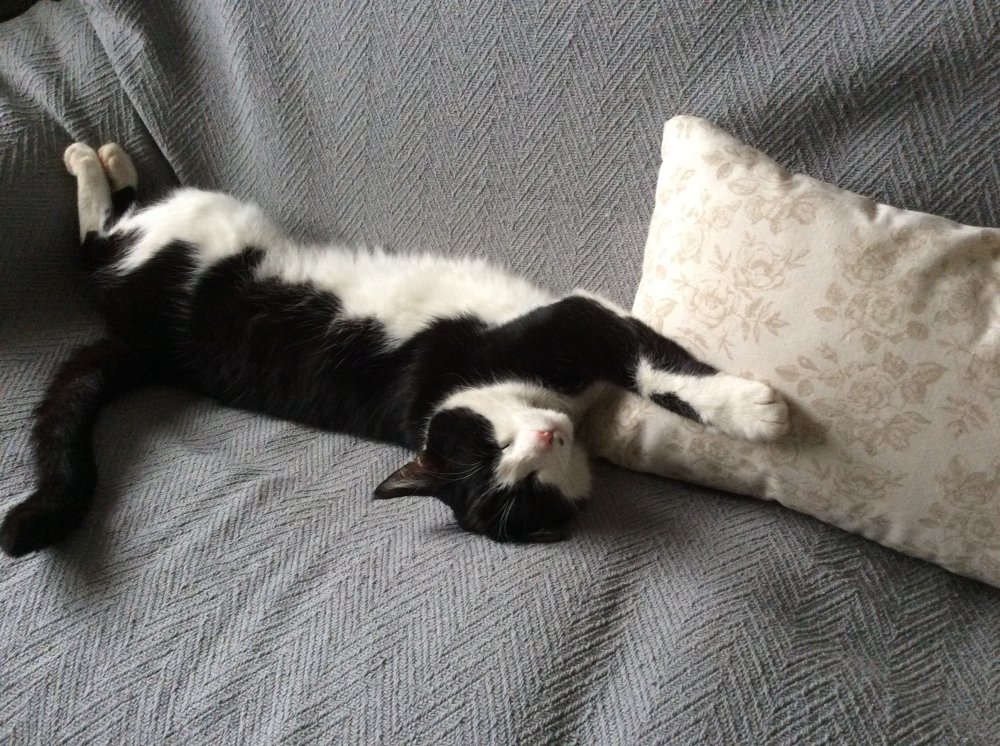 OMG
This place has an infestation.
Too much breeding going on.

I think it's time for the snip happyrat.
Leave those ladyrats alone.

Not to worry Ray.

Time for a Musical Interlude!