For a PC and a DAW go to BandLab, register then download and install Cakewalk.

Both of these are free.

Cannot help with the DAW you quote in your post, FL Studio.
S

For a PC and a DAW go to BandLab, register then download and install Cakewalk.

Both of these are free.

What is Bandlab and Cakewalk?
Why would one need these and Audacity as well?

So I just installed Audacity.
I thought this program alone records and stores tunes. Tunes which can be promoted further into other files and other programs?

Sorry to butt in but I thought this might be a relevant thread.
Been ten years (or so) for me learning to play keyboard and now it is time for me to expand my music.

I have Windows 10 and PSR S 650.
Installed Audacity and it looks good on the screen ready to go. The Yamaha manual does not help me through my set up process.
Today I plan to go out and buy a lead. Shall i get one with male end for KB midi out and the other male end USB for PC?

Let's start there.
Baby steps for Ray. He is technically inept with computers.

You have seen and no doubt read about DAW’s within the threads here, Logic Pro, Ableton, Steinberg, Cubase and Garage Bang to name but a few.

Cakewalk is a fully fledged DAW that was marketed as Sonar and when Cakewalk went defunct the DAW element was taken over and is now marketed as Cakewalk.

Bandlab is a cloud based musician collaboration and it is them who offer Cakewalk foc to registered members of the site which is also foc.

Now Audacity is also free but it is an open source program which is constantly being developed by a consortium of programmers.

Once the single track recording is finished you can then process the waveform by the likes of normalising it, reducing noise, applying filters in fact whatever you want. Or you can simply output the track as an MP3, WAV etc. It will also rip a CD to produce an MP3 file of each track, it will also convert one file type like AIFF to say MP3.

Audacity is a very powerful and useful bit of software that personally I have been using in my Non Linear Editing video workflow for many, many years. It is what I have been using to record commentary and I use it to reduce background noise that has been recorded by my camera’s mike.

A DAW does not record analogue signals, it records the notes generated, their duration etc in effect it is a digital keystroke recorder. Typically 16 tracks where each track is used for a separate instrument voice.

Audacity is best supplied via analogue audio, so it is the line outs from your Yammy S to the line inputs on your PC. The line output on your S 550 is via the headphone socket which looks to be a standard 3.5mm TRS, now as far as the input on your computer is concerned it may well be the same or it may be via two phono sockets (these are also known as RCA sockets). If you cannot ID, can you take an image and post it?

MIDI, your PSR does not have MIDI sockets, MIDI is handled via the USB host socket so a standard lead like one used to connect a printer is all you heed.

Modern DAWs like Cakewalk can record BOTH Audio and MIDI Tracks simultaneously and/or independently.

This means you can lay down a some MIDI drums or a click track, then record a live bassline from a bass or guitar, and then add a few more MIDI and audio tracks before you send the entire mix down to an MP3 or WAV file.

Audacity is more of a standalone multitrack audio recorder without MIDI capability.

The point is, that it's much easier to edit a MIDI track than an audio track so it allows more flexibility.

However this comes at the cost of a steep learning curve for the latest version but Youtube does a pretty decent job of explaining the basic functionality.

My ancient copy of Cakewalk 9.01 came with a 500 page PDF Manual. Definitely worth printing out.

I'm going to check after this post to see if there's one available for the Bandlab version.

I just checked and there IS a PDF printable manual for Cakewalk by Bandlab.

Like I said earlier it's a powerful DAW but has many professional features most players would never even dream of using.

I'm not even going to try and print this one out.

As Gary oh so rightly says a DAW and as I am learning it they really do have a steep curve.

Hence do bear this in mind.

If you happen to have an iPad then learning about using a DAW can be much easier by connecting up your iPad and using an App called a Music Studio.

BTW
Your S 550 basically has a built in DAW with its recording feature and the ability to write and edit individual tracks.

Just trying to keep it simple.
Thanks for the advice guys.

I just bought a cable USB to USB. (I hope that is right) Not connected it yet.


This is the back of my KB (pics attached)

The USB socket to use is the one on the left in your image.

I note that you do not have a pedal attached!

Okay . . I have wrong lead.
Out to get another one.

I have a sustain pedal. Just disconnected temporarily.
Ad

If you want to record within Audacity via the USB you will need to set up the software as per the manual.

So, do I buy a lead with the male one end to suit the left hand jack (above pic as you pointed out Col) And the other end to my PC to go into jack as pictured below?

Rayblewit said:
So, do I buy a lead with the male one end to suit the left hand jack (above pic as you pointed out Col) And the other end to my PC to go into jack as pictured below?
Click to expand...

USB AB cable. Basically a USB Printer cable. The other USB port is for a thumb drive only. 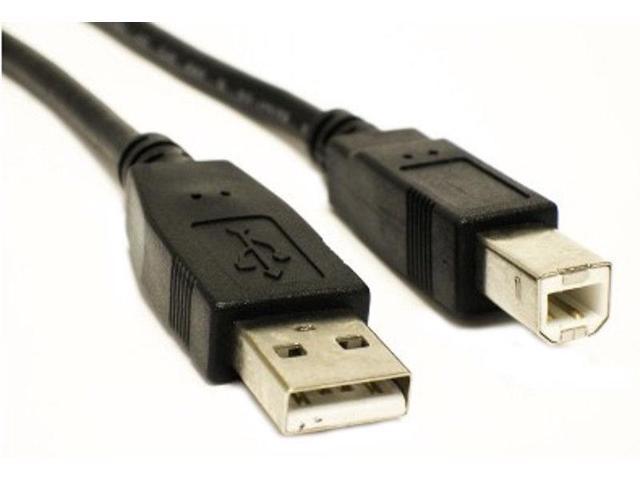 I recommend a three meter length.

Thanks heaps guys! That picture is worth a 1000 words.

I will buy one tomorrow. Not going out again today.

happyrat1 said:
USB AB cable. Basically a USB Printer cable. The other USB port is for a thumb drive only.

Sorry for tardy response . . Gary and Col.
I got caught up in work commitments . . yes I am still working even though retired
Some old customers have no idea that making music is more important than making money! How dare they!
Anyway . . . back to recording . . .
If I buy one of these leads . . and stick one end into my laptop USB port . . will it work?
Will my laptop accept the keyboard notes as "line in" to Audacity?

I did try TRS headphone out to TRS speaker in.
The only TRS port on my laptop is a speaker port. Seems my laptop does not have "line in" port.
So, it did not work! I am wondering now if the USB port will work?
Do I need to buy an Audio Adapter or Interface thingy?

But first, can I suggest that you think of and use Audacity as an analogue single track recorder ie as an electronic tape recorder. For a DAW you will be much better off trying Cakewalk or even a trial version of one of the commercially available ones.

Secondly you will need to download the correct Driver for your keyboard, this is an EU Yamaha site with them, do use the correct Bit version, that is if your laptop has 64 version of Windows then use the 64 bit Driver. 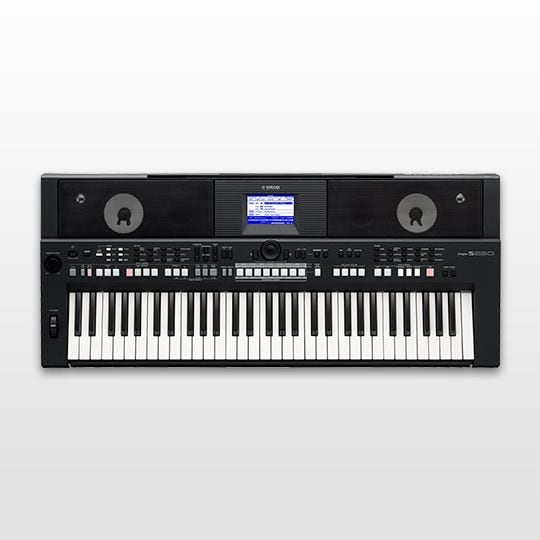 With a wide variety of high quality built-in Voices and Styles plus FlashROM expandability to add even more, the PSR-S650 offers all you need for performance and music creation.

I would then just connect Laptop and Keyboard together with them both powered off, power on fully the laptop then power on the keyboard.

Start up Audacity and open a new single track project, make the adjustments as per the prior post’s link, start recording and start playing if all is OK then that is great, if not it may have to enable audio out via USB on your keyboard.

Then you can try using Cakewalk, but first I would suggest downloading it and watch a get you started video tutorial.

Laptop’s are fickle and are not a device that we can specifically advise upon with any certainty since they are in effect a compromise PC. Compromises are often within the inbuilt motherboard and in particular with the screen driver hardware and with the audio hardware. Neither of these can be changed but an add on interface can bypass the inbuilt audio hardware and this is indeed the thingy that you refer to. So brownie points for you on the techie geek road to self enlightenment.
Ad

Some Yamaha models send audio and MIDI data over USB with their proprietary drivers. Specifically which models I neither know nor care to find out. You'll have to check your manuals.

As for the line out approach? The TRS output can be adjusted to Line Level. That is what you referred to as "speaker out."

However, on some laptops the audio in requires a TRRS input as they are designed these days for headset with mic. Again, check the manual for your laptop as well.

Your best bet would be to run the sound from the Line out to a separate USB soundcard or audio interface with separate inputs and outputs.

As Col mentioned, you usually use the USB MIDI output to power a DAW program.