I'm looking to switch from keyboards to a portable stage piano. Basically, I've only used piano tones. I thought about these two models. I would like to know your opnion.
Ad

I'm sure you'll be hearing from @Biggles and @anotherscott shortly with more pros and cons than you can shake a stick at.

Both have excellent keyboard actions

The Casio has more bells and whistles.

The Numa has better tones. (But that's subjective)

Numa Compact 2 is cheaper and lighter, and has speakers, aftertouch, audio over USB, and an expression pedal jack. In terms of sounds, it's got the better organ.

PX5S has a much more piano-like action, much more sound editing capability, more internal and external split/layer capabilities, battery operation, many more built-in sounds, the ability to select user patches from buttons instead of scrolling with a knob (faster and more accurate for live performance), arpeggiator and phrase sequencer... I think it's more capable overall. If you get the PX5S, I think this freely downloadable piano patch sounds better than the ones that come in it. There are some nice additional EP sounds you can download, too.

I have the 2X version which I do like.

I prefer the semi weighted action to the full hammer action of my previous DP.

The 2X has drawbar sliders and a few more sounds than the straight 2 model and for me that gives the organ sounds infinite possibilities.

It is very compact and light in overall weight.

Quality of the sounds suit my ears and they compete with all the low to mid range instruments that I have tried. There are free add on sound packs available on the Studiologic website which I have installed and they are to the same standard.

Downsides, a OS that can be a bit flaky but that is solved by an iPad and their App and the onboard speakers which do not have much body too them.

Zero experience of a 5S but of the three Casio keyboards that I have tried I have failed to be impressed by either the sound quality or the OS which I consider as dire. That said the 5S is a different beast but it is an old design.

For your Piano centric stage use at the price point then I suggest looking at a Yamaha P125 its 11.8kg or is smaller sibling the P121 which has the same onboard sounds and hammer action but with 73 keys which makes it only 10kg. The Yamaha models are far more robust that the Numa Compacts.

Do try all before you buy if you can.

Everything I said still applies, except the 2 doesn't have the drawbar organ advantage over the Casio; and the Casio has even more advantages over the 2 than it does over the 2X because the Casio (and the 2X) have assignable controls while the 2 does not.
S

Regarding playability and keys, which one is better? And what about tones?
Ad

samucaroli said:
Regarding playability and keys, which one is better?
Click to expand...

For piano, the PX-5S. It plays/feels more like a real piano.


samucaroli said:
And what about tones?
Click to expand...

That's more subjective, and can also depend on which sounds you're comparing.
S

I want good base sounds, keys as close to a piano as possible and minimal editing. This piano is going on the road.
A

What are you considering "base sounds"?

For "keys as close to a piano as possible", no contest, Casio is MUCH closer to that than the Numa.

"Minimal editing" is up to you. On either board, you can use the factory sounds with no editing whatsoever. You can also edit them in various ways to make them better suited to your needs. You can do deeper editing on the Casio than on the Numa, but that doesn't mean you must.

The Kawai is arguably the pick of the crop at this price point with its action and sounds.
A

I haven't played the ES120. I only played the ES110 for less than a minute. The closest thing I have real experience with is the ES100. My opinion is that, strictly as a piano, the ES100 was better than the PX5S. But as soon as you want to do anything more than piano with it, things quickly favor the Casio. I would expect to feel the same about the ES120. So it depends on your needs.
Ad

Minimal editing? Exact opposite for me - I look for a wider tone / touch editing in any keyboard.

samucaroli said:
I want good base sounds, keys as close to a piano as possible and minimal editing. This piano is going on the road.
Click to expand...

I find it a bit odd that you have asked the question about two very different keyboards then state you want as close to piano action as possible.

You should have immediately discount the Compact 2 when you looked it up as it has semi weighted keys.

Going on the road, now that brings up the question about usage!

Serious road touring with a $1000 digital piano does not ring right!

Are there other criteria that you are not yet sharing with us?
S

OK. I will try to be more specific. i need a portable piano. I know they are two different devices. what I'm talking about, I don't know if you've read the previous messages, is portability, timbres and keys. this piano will go to daily roads and shows. and all I'm going to use basically will be acoustic and electric pianos. so imagine that even though they are different equipment, they both have a minimum of utility. That's the basics I need. to do the basics either one would do me good. but is there any detail that i still don't know about the two that would be better for what i need? examples: the keys of one are better than the other. the piano sound of one is XXXX relative to the other. If you were in my place, which one would you choose and why? I know it's something personal, but it would be my first experience with Casios or Studiologics
A

Again, for pianos and EPs, Casio feels MUCH better than Numa. Personally, I think the Casio sounds are better as well (again, taking into account the free additional patches you can download into it), but sounds are more subjective. And psychology being what it is, it's also possible that I thought the Casio sounded better, in part, because it felt better. Either way, in the end, it is a more satisfying, more realistic piano/EP experience. But all this is just another way of re-stating what I've already said.
S

Thanks. I believe Cassio will be my best option. I like the slim shape of the Numa Compact. But I'm afraid I'll be limited in some future situations, if I need to.
Ad

The Casio can certainly do a lot more. But if ALL you need to do is piano and EP, they will both do it. Casio will do it more satisfyingly, if you're looking for a piano-type of playing experience, though. You can get some idea of the sonic differences from youtube videos (though those videos typically don't include the other variations you can load into it). But the entirety of the playing experience is something you'll only get when you lay your fingers on them. Neither is perfect, but the Casio feels a whole lot more like playing an actual piano.

If you like the slim shape and the low weight of the Numa checkout the Casio PX-S1100 and 3100 models, bother very slim and they both have a hammer action.

The 3100 has more sounds and arranger features and retails below $900.

The action on both is good but imo the similar models by Yamaha, Roland and Kawai actions are better.

The only concern about the 5X would be its age, it is getting on for ten years since it was released and its worldwide availability has been very limited for a few years now. I am in the UK where it is only available via the box shifting grey import companies.
S

Biggles said:
If you like the slim shape and the low weight of the Numa checkout the Casio PX-S1100 and 3100 models, bother very slim and they both have a hammer action.

The 3100 has more sounds and arranger features and retails below $900.

The action on both is good but imo the similar models by Yamaha, Roland and Kawai actions are better.

The only concern about the 5X would be its age, it is getting on for ten years since it was released and its worldwide availability has been very limited for a few years now. I am in the UK where it is only available via the box shifting grey import companies.
Click to expand...

Biggles said:
If you like the slim shape and the low weight of the Numa checkout the Casio PX-S1100 and 3100 models, bother very slim and they both have a hammer action.
Click to expand...

Good point. I wouldn't suggest the PX-S1100 for live performance, though... using the piano's keys to change sounds is not so practical, if you ever need to change a sound in the middle of a song. Another possibility could be the CDP-S360, though having to take the audio out of a stereo 1/8" jack is not ideal. For the OP, who is mostly/entirely focussed on piano/EP usage, one nice thing about both the PX-S3100 and CDP-S360 is that they have far more piano/EP sounds than the PX-S1100 as well.

As for the quality of the various piano/EP sounds, I'm not sure. The piano/EP sounds of the PX-5S, PX-S3100, and CDP-S360 are different from each other, and I have only played the PX-5S. The PX-5S is also the only one of the three that allows you to edit the sounds. It's also the only one with 5-pin MIDI connections, and the only one with MIDI controller functions, which could also make it easy to mix and match the internal sounds with additional/alternate sounds from, for example, an iPad/iPhone. And instead of banks of four favorite sounds (or combinations of sounds) you can instantly recall, the PX-5S has banks of ten, and they are nameable. So it is the "most professional" calibre board of the bunch. But the others might do what you need, and would give you the more compact size.

One thing to be aware of with the PX-5S is that there is a known issue where you can get an error at boot, and you need to run the system update from a USB drive to get it working again. It may be related to power issues. As long as you know about it, it's not a big deal. It only takes a couple of button presses, and you'll be up and running again in minutes. But if you're gigging with a PX-5S, you want to have that thumb drive in your cable bag or whatever. It doesn't happen a lot, but you want to be prepared in case it does. 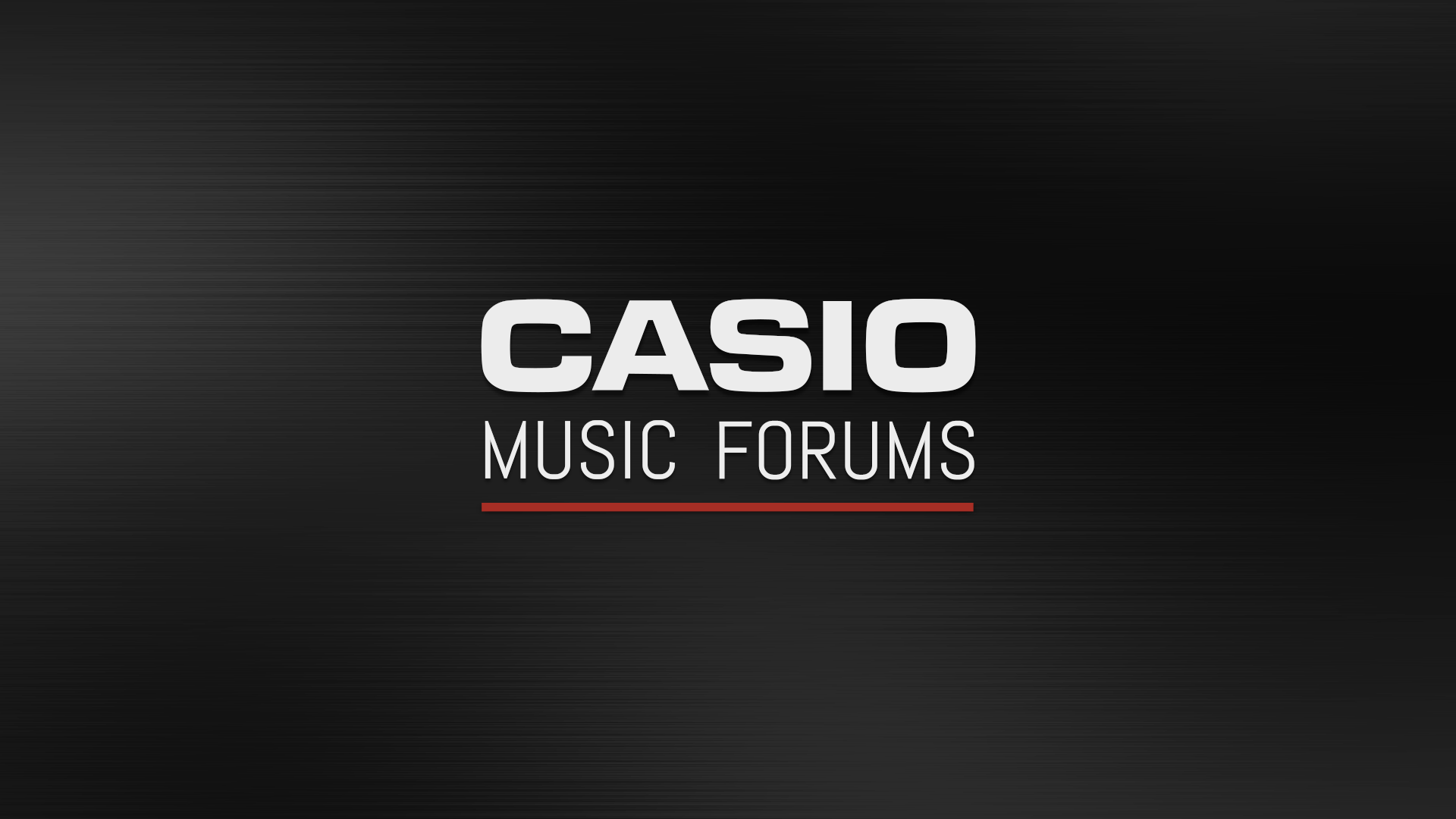 Hey everyone, I'm going to put this here so all the information you need is one place. Should you receive a "No Media" error on your PX-5S, don't panic and don't worry, your PX-5S can be restored without erasing your Stage Settings or other files. What has happened? Well, we're not 100% certain. ...