Hello, I have been sorting my songbook out with help, and I think I have moved troublesome areas. To begin, I have my songbook saved to SD card, but on saving a new song it only allows me to save to Internal not direct So, is this saving to keyboard or SD card? I know if I Save All, this will be fine, but I don't want to fill up keyboard memory. Thanks
Ad

By far the best way of managing your own songs is via Songbook editor, I have combined my own with those in Osimo and have them in a separate Songbook.set folder to the standard Osimo folder so I can load whichever I want.

As yet I have not set up the Direct folder on my 700 as it is a pretty new feature that was only added at the last update.

I will have a play later on my 700 to see how mine saves.

OK now I have had a hunt around in my PA and created a Direct.set folder (do note the name and type in .set when naming as the system needs to save to a .set folder) on my the Korg’s USB stick in my PC and re-inserted it into the PA.

Global > Media > Direct folder, browsed to it on the USB stick and selected it. 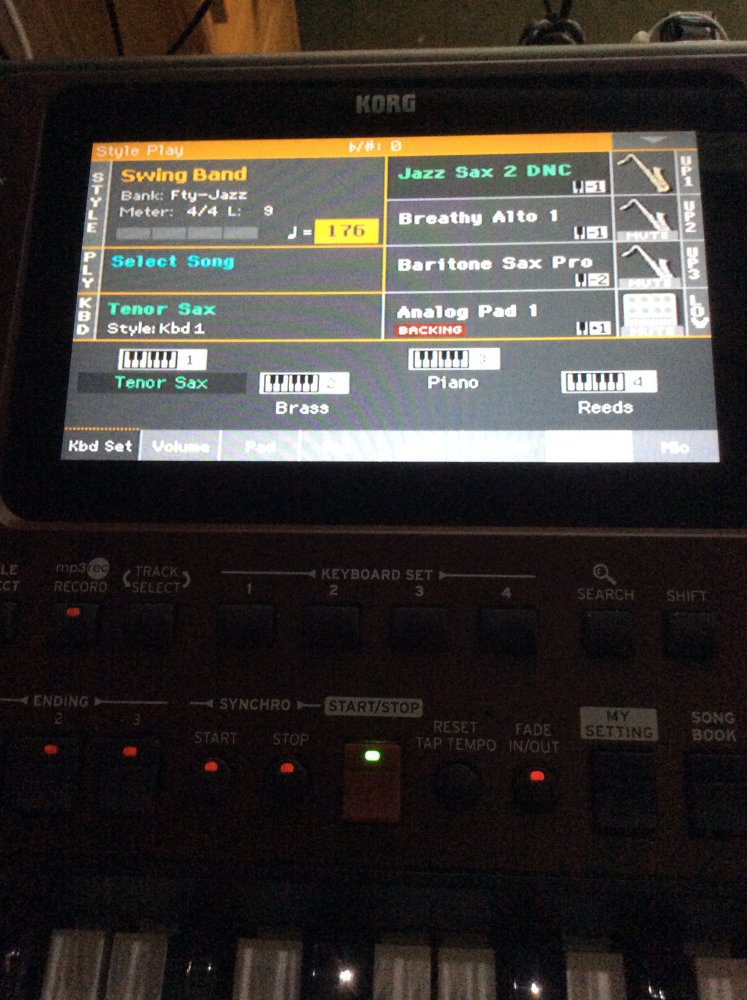 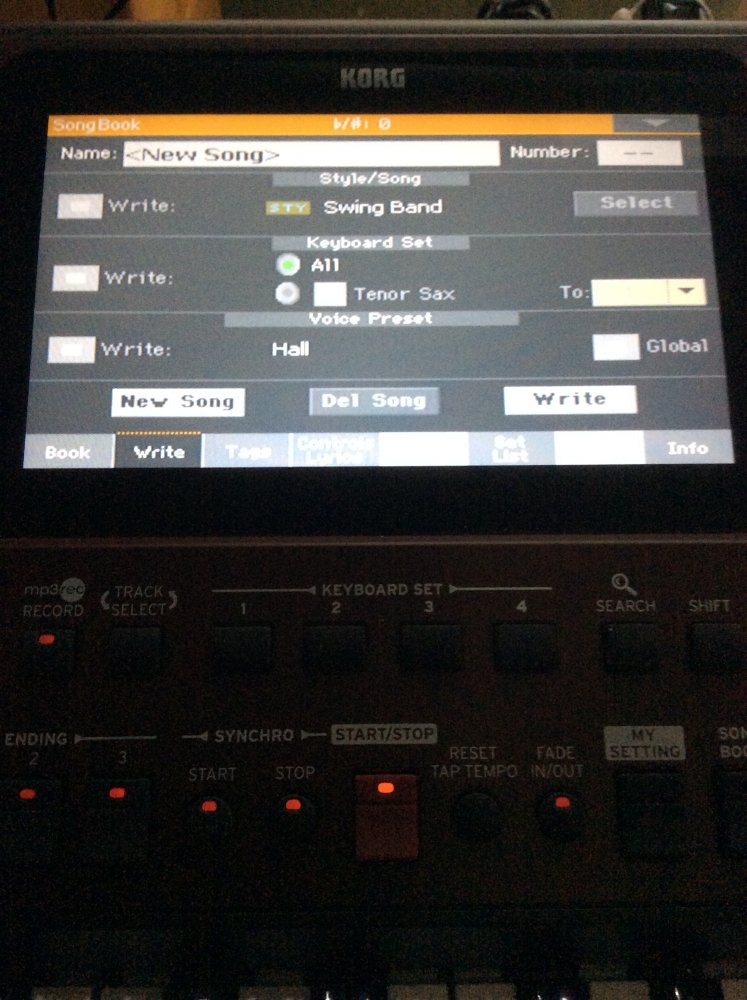 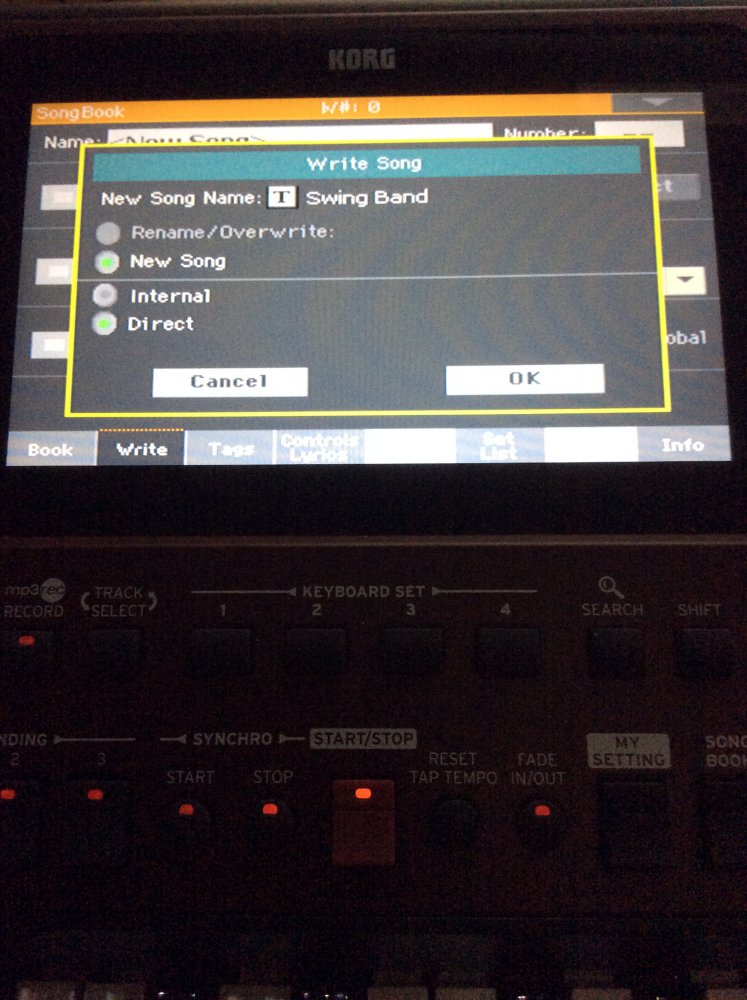 In the Write Song box check Direct then press OK 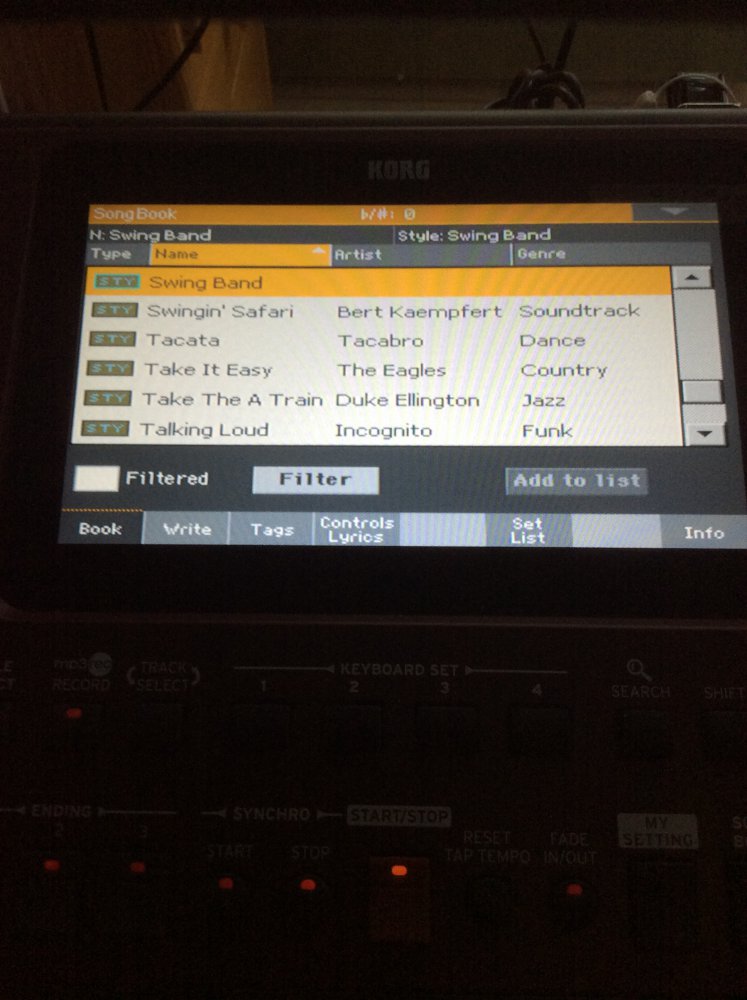 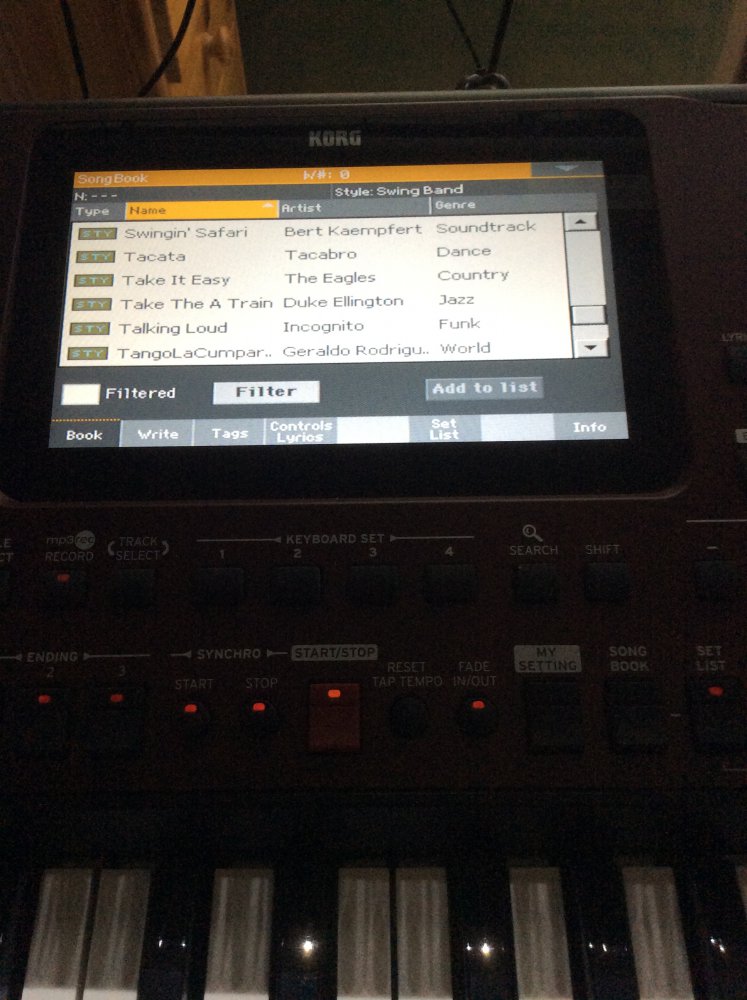 Remove USB stick and song disappears hence it is stored on the stick and not in the internal memory.
Last edited: Jun 12, 2019

high, I will first, to do your test, need to find how to isolate if possible my SD card as this is where I have my songbook saved. If this isn't possible I suppose I could backup to my usb then go. May I mention when you show screenshot 3, I am not able to select Direct. I will keep trying options. Thanks for you reply

On your microSD or USB memory stick the Direct folder has to be named correctly.

Having a folder named

Is incorrect, it needs to be named

Once it is named in this manner you should then be able to set it in the Global menu as I explained earlier.

Hi again, it looks like from you information I have been doing it all wrong from start. I just have a folder with My Songbook I did learn however when doing your tips, that when I did a load from Save all and it said global protected, and I noticed the screen flick, so I gather it loaded info that was not in Global. Back to your advice, should I make a folder Direct.set and transfer my songbook into it?
Ad

Here is what I have done this afternoon to neaten up my memory stick and to make use of the Direct.set folder which is a new feature for my PA700 but it is one that should save a lot of my Korg’s disc space.

I created the Direct.set folder on my USB stick, I used my PC but this can be done in the PA.

I did the Style > create Song exercise as explained above and saved it to my Direct.set folder where it created a Songbook.set folder and file

I did a Save All and saved it to my USB

I did a Save but only selected Songbook and saved that to the its own .set folder on my USB. I named it Songbook12June19.

On my PC I opened two versions of Songbook Editor

I opened Songbook12June19 in one version of Songbook Editor and the Songbook from the Direct.set folder in the other.

The Songbook from the Direct.set folder only showed the one entry.

The named Songbook12June19 showed all Songs that are on the Korg internal drive, including a batch of Songs that I created from Styles.

I selected my own Songs and those standard Songs I tend to play a lot and copied them to the other Songbook Editor Window where just the test Song was displayed, I then deleted this test song, so now I have all my Songs showing, I edited the artist name to my own initials then saved the file.

I then deleted my Songs from the Songbook Editor Window where Songbook12June19 was displayed, then I saved it.

Back to the PA and on inserting the USB stick and selecting Songbook I had dual entries for my own Songs, those on the USB stick in the Direct.set folder had my initials showing and the STY icon on the left is now highlighted which shows that the Song is stored in the Direct.set folder. The songs that are stored in the Korg disc where not highlighted and had the original artists name showing.

Next task was to delete each of the duplicates of my Songs from the Korg drive, select the song to be deleted > Write > Delete > Yes.

So now the Songs on the Korg drive are as original which is copied to the USB stick as a backup copy via the editing I did to it whilst in Songbook Editor and my own Songs are also on the USB stick in the Direct.set folder.

Now in Songbook I can tell the Songs stored in the Direct.set folder because the STY is highlighted and my initials are in the Artist box.

I have written out what I have done in a manner that you can hopefully replicate with ease, but do remember to follow line by line and Backup and Save All before you proceed.

Hi Col I will copy off this document and digest it. I hope not to bother on this again, but when you don't start in a proper way you end up struggling with all areas. Many thanks for your guidance, will get this sorted, then see where the next hurdle is. atb Dave.

Do head over to korgworld and sign up for the webinars on crowdcast.

The one Thursday next week is a Q and A session with Adam the Sales Manager and Luke the PA product specialist.

I have already done this, and I do a catch up at night. Most grateful for info given, but not being techie I learn a bit at a time, but it is good.

Hi Biggles, going well, I did a Direct. folder input style, went to songbook showing, removed usb song disappeared. From here I can move on. Thanks again.
Ad

Glad to have helped.

Hi Col, I have got there albeit a bit slow. Thanks again for your detailed help. Dave

You are most welcome Dave, getting used to the idiosyncrasies of a Korg takes time. I am still learning nearly two years after getting my PA.

Col. Very helpful information as always. Perhaps you should Copy & Paste all your helpful advice into one large article ?.

Regarding OSIMO, running this direct from USB to the keyboard into SongBook, I believe they show in a different colour to those already listed in SongBook....Is this correct ?.

gwc uk said:
Col. Very helpful information as always. Perhaps you should Copy & Paste all your helpful advice into one large article ?.

Regarding OSIMO, running this direct from USB to the keyboard into SongBook, I believe they show in a different colour to those already listed in SongBook....Is this correct ?.

Yes, Osimo runs from its own .set file on the USB memory stick, once loaded it will load each time you power up the PA. Additionally there are a group of Setlists which relate to the Osimo Songbook.

Effectively setting up and using Songbook is the key
Ad

Wow. Thanks so much @Biggles for this. I have searched the whole world (and the user manual) for a way to save a song on a usb stick.
btw, do you also have a way to save a single set-list to a usb?

Welcome to the forum.

Having a USB memory stick set up with a Direct folder is one of the key elements in managing efficiently a Korg PA.

Do remember to create a Backup file and a Save All file whenever you intend to make changes to your PA, then create another pair of these files after the changes have been made. Make a written record of what you have done at each change of state.

Do be aware that I no longer have a Korg PA and cannot work through answers to queries, I just have to rely on my fallible memory.
Ad

All right. Thank you so much for this answer.
Ad