Hi everyone! It is a pleasure to be here - I am hoping some experts here can give me a hand in trying to achieve this tone.

I have had my Jupiter 80 (actual hardware, not a VST or emulation) for about a week. I am a novice and really am trying to recreate the tone from Van Halen's Jump song.

Here is an example of the sound:
As you can see, this person is using both a Jupiter 8 and a Jupiter 80. I have watched a handful of videos that say to use a dual layer tone, sawblades, etc. I have also searched all over forums and just cant seem to get close. I cannot get anywhere near this sound! There are no patches that I can find. Can someone literally step by step show me how to recreate this sound? I spent 4 hour combining tutorials to get the sound and I always end up no where near the sound. Because I am a novice, if you just say "Use sawblade and brass tones" and use technical terminology I may not understand

Thank you so much for the help!!
Ad

Sometimes a modern synth or a ROMpler will have preset patches that try to duplicate or are modeled on certain classic synth patches-- such as "Jump"-- and often they will be named after the song or band that made them famous. Looking at the Sound List for the Jupiter-80, I see "Dont Jump" (Live Set List, No. 10) in the "Synth Brass" category on page 5. Have you tried that to see how it sounds?

EDIT: Even if it doesn't sound exactly the same, it might at least put you in the right ball park, then you could tweak it, layer it, etc., as needed to get closer to what you're looking for.
R

SeaGtGruff said:
Sometimes a modern synth or a ROMpler will have preset patches that try to duplicate or are modeled on certain classic synth patches-- such as "Jump"-- and often they will be named after the song or band that made them famous. Looking at the Sound List for the Jupiter-80, I see "Dont Jump" (Live Set List, No. 10) in the "Synth Brass" category on page 5. Have you tried that to see how it sounds?

EDIT: Even if it doesn't sound exactly the same, it might at least put you in the right ball park, then you could tweak it, layer it, etc., as needed to get closer to what you're looking for.
Click to expand...

I didn't know about this one, ill give it a shot this evening! Thanks!

Check out all of the preloaded synth voices on your roland. I think there will be one the same or similar to "jump". My yamaha has about 30 preloaded synth sounds and the one which sounds exactly like jump is called "DancyHook". Have u got that one on yr. Roland?

Hey there, just wanted to say welcome to the forum

Jump uses the classic sawtooth sample waveform. The Jupiter should have a sawtooth as one of the basic samples that comes with the keyboard. Start with that sample and build your program from that.
Ad

If there's any crossover from the Roland Juno Stage, there was actually a GM synth brass called "Jump Brass." Spot on.

The original was done on an Oberheim (not sure exactly which model, but any one would produce the same sound), but ANY polyphonic synthesizer (Oberheim, Prophet V, Roland Jupiter, etc) could be used to create the same sound.

If you don't know the basics of subtractive synthesis (what most prototypical analog synths are, like the Roland Jupiter), some of the terminology might be a little tough, but the Jump sound is one of the simplest, and is a good place to start.

So the term you're looking for is a "Sawtooth" wave, which is one of the 4 basic wave shapes you'll find on virtually all synthesizers. The Sawtooth makes up the majority of synth brass and string sounds, as well as most iconic keyboard lead sounds.

Here are the basic oscillator waveforms:
Sine - pure tone with no harmonic complexity. Sounds most like a flute or soft pipe organ
Triangle - Like a sine wave but with slightly more harmonically rich (bright), more like a whistle with air
Square - Even more harmonically rich. reedy, sort of like a clarinet
Sawtooth - The brightest and most harmonically rich of them all, very piercing, used for strings and brass

Usually synths have icons for these waveforms. Sine is like your basic sine curve from HS trig, Triangle is like an angular sine. Square (also called "Pulse") looks like a square, and Sawtooth looks like a ramp.

The way subtractive synthesis works is that you take a harmonically rich tone, usually from a Sawtooth or Square, and then pass it through a filter (like an EQ) to "sculpt" the sound, usually shaving off the high end for more or less brightness. Then you pass the resulting signal through an envelope to give it an attack and decay. Filters also have what's called "Resonance" which emphasize certain harmonics and changes the timbre of the sound. Also, the Filter can have it's own envelope to change the timbre over time. All synthesizers from the MiniMoog through present day follow these basic principals.

So the Jump lead uses two slightly detuned oscillators set to the Sawtooth waveform, this detuning gives it a chorus-like quality. The filter is set pretty high (minimal filtering), but with just a little resonance. The amplitude envelope has an immediate attack, 100% sustain (it doesn't get softer), and fast release. The icing on the cake is that I usually pass that through a chorus to give an even bigger sound, and then a stereo delay.

That's basically analog synthesizers in a nutshell. The rest is figuring out individual interfaces and how each manufacturer likes to organize their signal flow. Hope this helps! 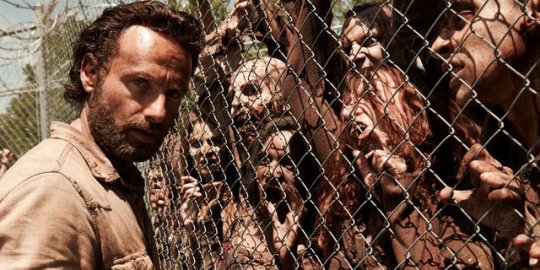 I always assumed any synth would do this sound. "That sound is what a synth is" or at least in the 80's . I could be wrong but I think I used to play this on the instruction manual suggested settings for "lead synth" on my radio shack moog. And yes, polyphony and saw but with a little sharpness, that is, if I recall, the attack is pretty near the top but not at the top.
Interesting thread on one of the most classic sounds. Now do Van Halens "Don't tell me what love can do" on keyboard It's not that hard, get that bass goin and go crazy. Man, I love that sound.
Last edited: May 7, 2017

I agree, it's pretty much one of your most basic leads to get. Fine tuning it to get the "thickness" just right takes a little work. Oberheim OB-X had 2 oscillators per voice (note), which doesn't get you quite the thickness the original sound had, so I suspect some chorus effect was applied as well. It was then run through a Marshall amp, not sure about the gain, but definitely a touch of distortion can work. You can get close even without those tweaks. But in the modern era, I tend to aim for more thickness then less, so adding a 3rd oscillator or chorus definitely suits what I like.

Curiously, for the solo, a screw it all together and play on a Wah lead modeled on Derek Sherinian's lead sound. I really love wah leads for synth solos, as keyboards don't produce the timbral variations that guitars do, so it puts back in some of the organicism. The guy I replaced on keyboards doesn't seem to like it, but no-one in or out of the band has ever complained, and he's not in the band anymore, so whatever.
Ad

Eric Barker said:
The guy I replaced on keyboards doesn't seem to like it.
Click to expand...

ironic. I went off from here yesterday watching Van Halen videos and the sort of funny war between Roth, Hagar, and Eddie Van Halen. I still remember when they first came out and they were down near maybe the lower half of my favorites mainly because I saw them as a popularity version of Black Sabbath. Black Sabbath was not very popular in those days. I'd say Van Halen got people to barely start listening to them but it was Metallica who really got Black Sabbath and Ozzie as a household name well after their prime. Tony Iommi is very right when he described a Black Sabbath fan as the guy at a party in the 70's standing outside by himself.
I was shocked at Van Halens instant success. Now over all, looking at their whole accomplishment, they were far more diverse and that's pretty cool. Jump could have been done by Phil Collins and Walk of Life by a country band. That's probably how I would have been had I became a rock star