For you dog lovers. 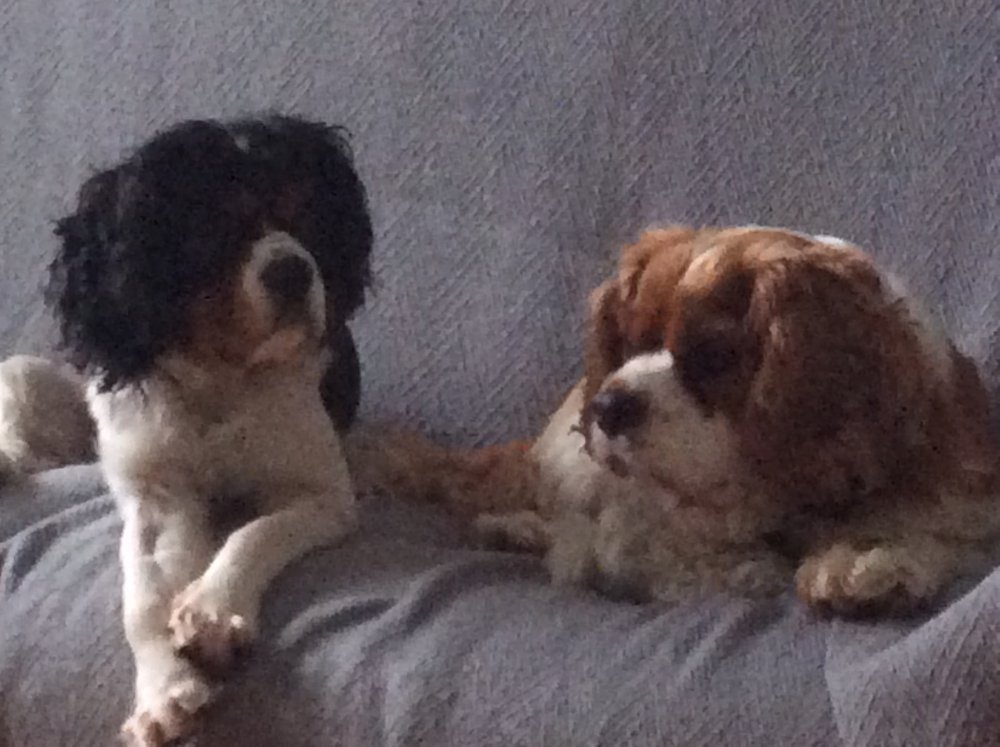 Two King Charles Spaniels that we have adopted from a nationwide dog rehoming charity.

They are about 7 years old and were basically dumped at a rehoming centre because ... well we will never know why but now they will spend the rest of their lives being well cared for by my Wife and I.

We have been looking to rehome a dog for a while and when we saw these two it was time to pack our bags and drive 3 hours to see them at the centre where they were. Made the most of being there by having a few nights in the area sightseeing whilst Jay and Elle were examined by their Vet and some minor procedures undertaken.
Ad

Good for you Col.
Win Win on all aspects.
Cute little doggys too.
E

Nice. I have a one year old tomcat and he insists on jumping on top of my keyboards and lying there. The only solutio is keyboard covers. Meow.
Ad

Just make sure they're leather or some other non-porous material-- stretchy covers and towels are no good-- otherwise the pet hairs and pet dander will find their way through.

You don't want your tom to be a keyboard-killing cat!
You must log in or register to reply here.