Need Help Setting Up MX61 In Studio One

I did a search for this and didn't really see anything but I have a Yamaha MX61 V2 that I need to setup in Studio One. I have only ever used MIDI keyboard controllers so this is new for me.

What I want to do: I want to of course be able to record the sounds of the MX61 and the MIDI data as well as use the keyboard as a control surface. I have a Novation Launchkey 49MK2 that I use as my main controller since it faders and plenty of buttons and knobs.

I want this to be as simple as possible but with the options in Studio One to set it up as a control device, a keyboard, an instrument, an audio interface... it gets a bit confusing.

Something from the manual:
There are two different types of USB terminals, and the
rear panel of the instrument features both.
The USB [TO HOST] terminal is used to connect this
instrument to the computer via a USB cable and allows
you to transfer MIDI data and audio data between the
devices. For information about the Port handled by the
MX49/MX61, refer to the “Reference Manual” PDF
document.

You might have to set up a separate audio cable to your computer's soundcard as well as the USB because the USB may be getting confused trying to send audio and MIDI at once.

Here's a flowchart of my mini livingroom studiofor which I control the audio and MIDI routing with the JACK Audio Connection Kit.

Also make sure to check out the Presonus Tutorial Videos on Youtube to see if they are addressing your type of situation., 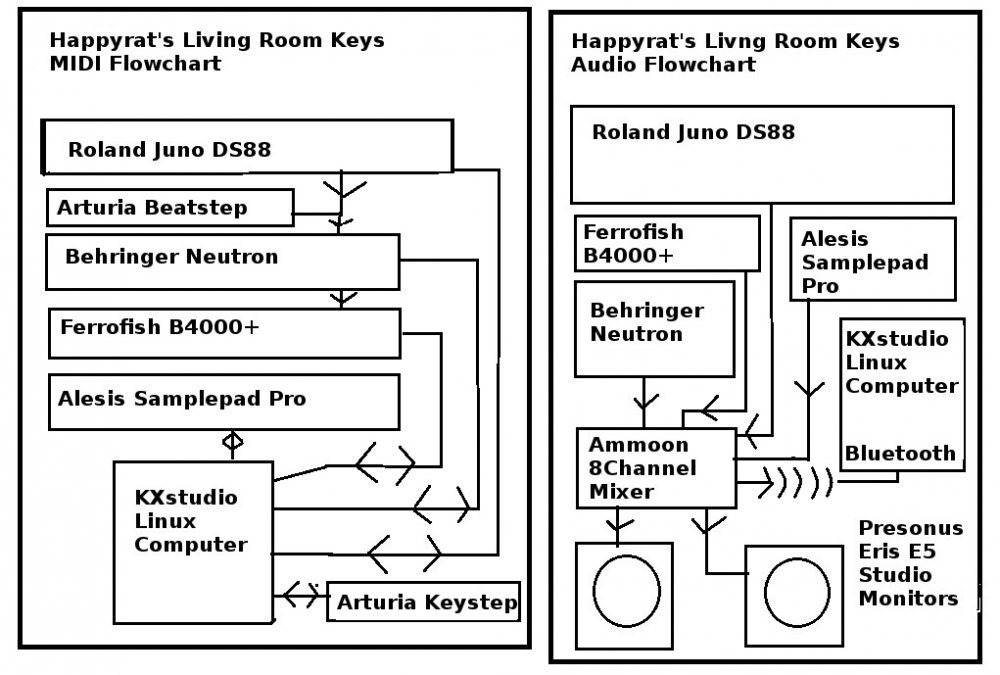